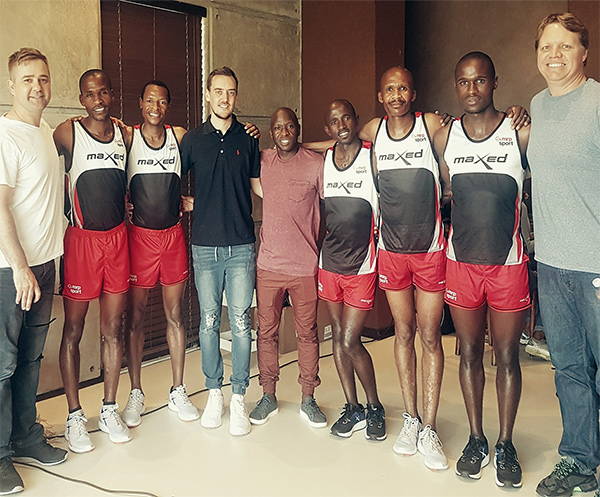 ABOUT THE MAXED ELITE TEAM

The Maxed Elite team is the longest standing professional running team in South Africa. Since 1995 when the team started as Mr Price, in its very first year they recorded their first Comrades Marathon victory when Shaun Meiklejohn started the onslaught of the 'red army' as the team has been known. Since then, the team has earned over 100 Comrades Marathon gold medals, multiple victories in both Comrades and Two Oceans and countless podium finishes across the Country. Since 2013 the team name was changed to Maxed Elite with runners donning the Maxed running shoe brand. The Maxed Elite team has been sponsored by 32Gi since 2012.